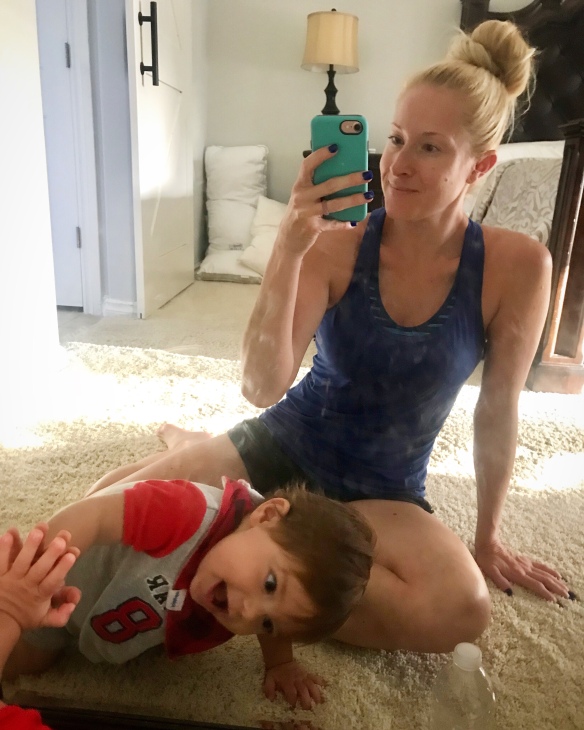 A stomach bug had me and little man down for two days. I kid you not, horrible doesn’t even describe it. I’ve never had a stomach bug that bad! He was actually tougher about it than me. But I could tell the poor thing was so uncomfortable and aching.

I made sure to keep he and I hydrated. Even when we were unable to eat we just kept consuming fluids. You can actually make yourself worse and cause internal damage (worse case scenario) if you don’t hydrate well while sick.

I’m starting to feel a little more normal again but I’m not 100%. My body is exhausted. I literally feel like the life has been rippled out of me. It’s crazy what an illness can do to your body in just a short period of time! I would never wish that stomach bug on anyone. This week my focus will be just to build my strength and immunity back up.

Ryder however is making me look like a weakling. He’s bouncing around the house like crazy as if nothing happened. What I wouldn’t give for that kind of energy!

Take your vitamins, drink lots of water and pray this bug doesn’t hit you! 🐛 😷