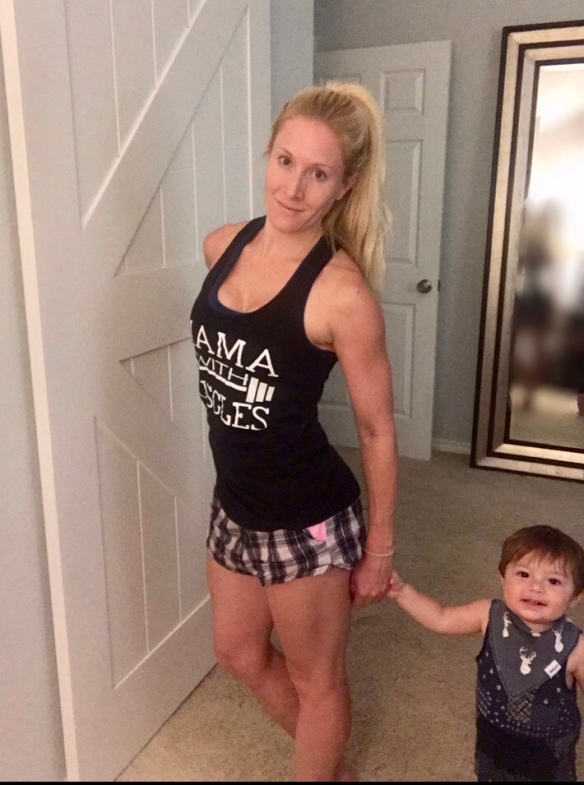 Years ago a friend of mine was telling me about how she wanted to get surgery to remove her lose skin from pregnancy. She was tiny and I assumed this “loose skin” was just minor and she was being dramatic. That is till she showed me one day. Let me just say……spanks hide SO much! I had no idea she had that much extra skin from her baby. That’s when she told me she took “eating for two” literally.

When her doctor told her she was pregnant he told her to remember she was eating for two now. I guess he assumed she knew that meant to eat nourishing foods and eat a little more than before to help your baby grow strong. Instead she took it as, you need to eat two full plates at every meal. She told me she would sit for two hours sometimes trying to force down two plates of food. She ended up putting on over 100lbs. And mind you, she weighed only 105lbs to start. She ended up going on bedrest because she put on so much weight that it caused her horrible back and hip pain.

Part of me questions that doctor in my head. Why wouldn’t he question her about her diet if she put on that much weight that fast as small as she is? But who am I to judge. I don’t have a medical degree so it’s just me spewing my opinion!

But in all honesty, any doctor will tell you you shouldn’t literally eat for two. Your baby is so tiny and can’t consume the amount of calories you can. You should up your calorie intake by about 300. Some doctors may say more depending on your trimester, amount of babies, activity level, etc. Diet, calorie intake, exercise, etc are all things you should discuss with your doctor. They can give you the recommendations specific to your health needs.

Just remember……If you are pregnant, eating for two does NOT mean literally eating two plates of food at every meal! 🤦🏼‍♀️