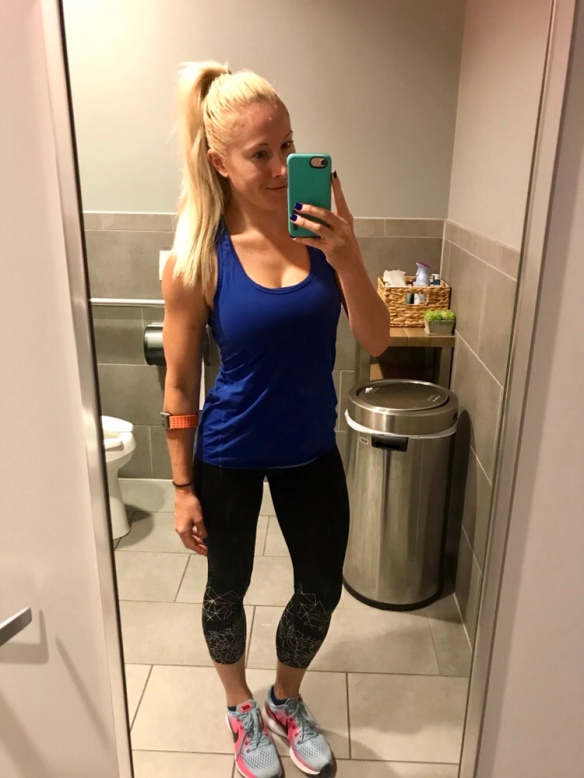 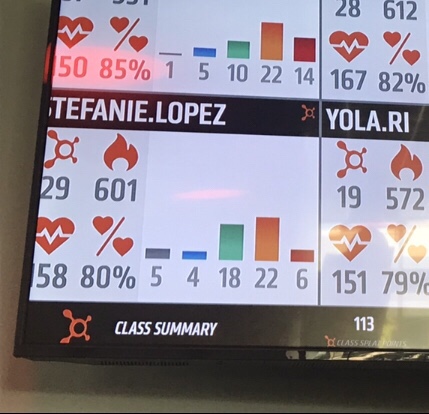 I had a friend talk me into trying out Orangetheory with her. She’s had a membership for a while and loves it. She’s also the one who talked me into going to SoulCycle. I knew nothing about Orangetheory so I figured why not give it a try.

If you’ve never been it’s basically circuit training. They had us using the rowers, treadmills, bosu balls and free weights. Apparently it’s different every class. For the first twenty minutes I would say I hated the class. I like knowing what I’m in for and what to expect. I felt like I was trying to find my way for the first part. After a bit I got into the flow of things and started to relax and get into my workout.

There is a large screen and it shows everyone stats as they’re going. I like but hate this. I like being able to see my own stats but seeing others compared to mine brought out my competitive side. They have colors for heart rate zones. Grey(lowest), blue, green, orange and red(highest). The goal is to keep your color in the orange. Every so often the instructor calls out everyone’s names who are in the orange to praise them. I didn’t hear my name one of the times which pissed me off. (There’s my competitive side.) No I wasn’t pissed at her, I was pissed at myself so I pushed harder to get my heart rate in that orange target zone.

After the class ended my friend asked how I liked it. I honestly felt indifferent. I really feel like I need to go again and give it a second chance. The confusion at the beginning, trying to find my way, really threw me off. However, like I said I did start to like it eventually. So it looks like I’m going back to give them another try. That way I can really give them a fair chance now that I know what I’m in for.

As I said before, I HATE group classes. I didn’t love this group setting but it definitely could have been worse. My class was small (8 people) which I didn’t mind too much. Apparently during busy times the class can have up to 20 or so. That would not work well with me. Too many people to “compete” against. Lol 😂 At least I’m honest right!?!

If you’re thinking about trying Orangetheory I’d say go for it. Again, I’m indifferent. Hopefully once I give them a second try I’ll be able to decide whether it’s something I could continue doing on occasion or just push of to the side as a “well I tried.” So for now my opinion of them is to be continued……